My Dog is not injured or recovering, why would they need a massage?

5 ways to ensure your new fur baby doesn't grow up to be a monster!

5 things you can do today, to help your dog move better tomorrow!

When it comes to looking after your dog's physical health, here are 5 quick wins you can begin with.

Limit the jumping your dog does when transitioning heights

Whether your dog jumps up onto the couch, the bed or into the car it is best to limit and ideally stop this behaviour.

It places unnecessary and excessive impact and force on your dogs forelimb and hind limb joints, muscles and tendons which can lead to muscle and joint strain.

Try installing stairs or a ramp for easier access, and actively assist your dog when they are transitioning heights.

Jumping or bouncing up and down on the spot is very common especially in over-excited dogs.

While this may seem like a harmless expression of joy, it actually is placing a lot of strain through your dogs entire body, particularly their vertebral muscles and their hind limb joints and muscles which can lead to soreness and tightening of the muscle fibres. To prevent this, avoid over-stimulation of your dog, instead greeting them in a calm and relaxed manner, and bringing yourself down to be level with them.

If your dog does start to bounce, ask them to sit and only reward them (with attention or treats) when they are sitting.

Remember; dogs are creatures of habit and it is vital to be consistent in this training pattern.

If you have slippery surfaces in your home, such as tiles, linoleum or timber floorboards, consider adding some rugs for your dog to walk on to improve their traction and prevent slippages.

For a cheaper option that is also super easy to put away for when guests visit, consider purchasing some cheap yoga mats and placing them through your home for your dog. Alternatively there are also a wide variety of high grip booties available to put on your dog's paws, however be mindful that many dogs will rather just rip them off.

Find another game to replace fetch

Many dogs and owners love to play the game of fetch, however many people do not realise the implications this has on your dogs limbs and general well-being.

Repetitive games of fetch can increase your dogs cortisol levels (stress hormone) as they are having their favourite object thrown away over and over, how would you like someone throwing your mobile away for you to fetch?

In addition to this, the repetitive stopping and turning involved with the game can be very jarring on joints, muscles, ligaments and tendons. One common ailment associated with fetch is a torn cruciate ligament, that wears away like a frayed rope before eventually completing rupturing leading to lameness and pain, not to mention a huge vet bill for you!

Instead of fetch, try taking your dog for a long relaxing walk, allowing them to sniff and investigate their surroundings while also being active and burning some physical energy.

Remember; it is essential for dogs to get both a mental and physical workout!

Travel safely the right way and fasten your seatbelts!

It is inevitable that you will have to take your dog somewhere in your car. When this time comes, remember to always assist your dog into and out of the car (preventing jumping) and make sure they are strapped in.

When transporting my dogs, I like to put them in a well fitted harness and attach a seat-belt so they are forced to stay still and sit in one spot.

Think about how it feels when you're standing up on a jerky bus, or turbulence when flying. When dogs travel standing, they have to engage and use much of their body to balance and keep themselves steady. Sudden braking can cause falls and injuries and this is why we strongly advise you to secure your dog and make sure they sit.

It is also advisable to enforce this level of care on anybody who may be caring for and transporting your dogs on your behalf – such as dog sitters and dog walkers.

If that is not enough to convince you, be sure to keep in mind the demerit points and fine you can receive for having an unrestrained animal in your vehicle.

Relevant services hand-picked for you to help your furry friend 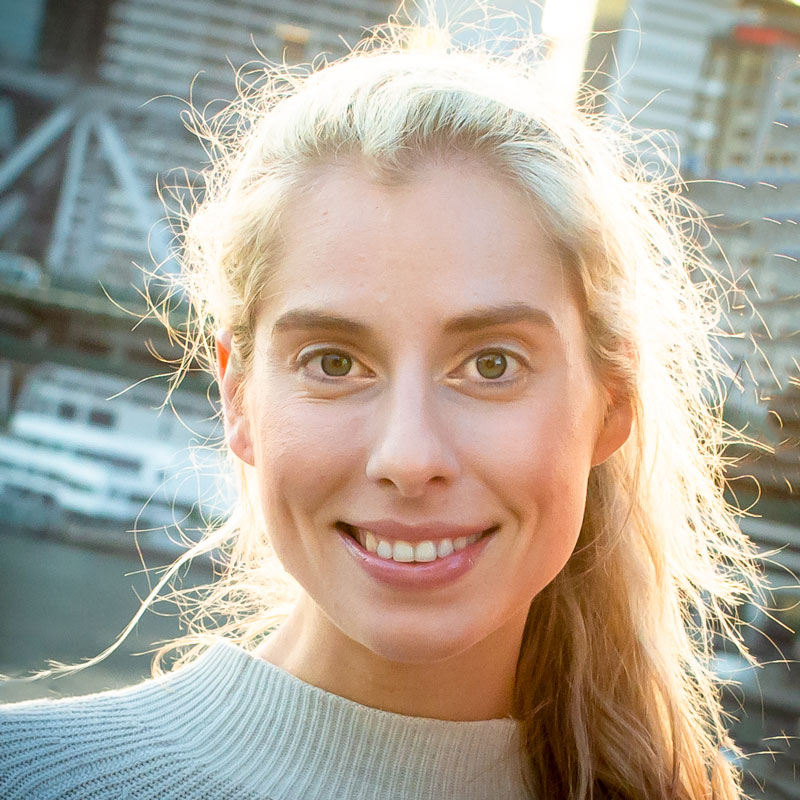 A thorough initial assessment, followed by therapeutic session in the underwater treadmill.

Attentive remedial massage with a personalised wellness guide and recommended next steps.

My Dog is not injured or recovering, why would they need a massage?

So ... what is hydrotherapy and how does it help your dog?

5 ways to ensure your new fur baby doesn't grow up to be a monster!

Have a question about your dog?
Speak with Annika